We just lost the greatest scientist ever lived in the 21st century, it’s really a big loss to the science, he always inspired me to read about complex concepts in physics.

It’s not about his disability, many people already managed to cope with theirs, it’s about his mind, his attitude, vision, courage, determination, persistence, humor, and how he looked to life!

He once said that when his hand stoped functioning well, he spent months to find other ways to do complex calculation in his mind! He didn’t complain, he didn’t stoped what he is doing, what he is passionate about!

Today, he died after 55 years when doctor said he almost will die after 2 years, their is no chance he will live more than that!

Stephen Hawking in case you don’t know, has made very complicated concepts like the black holes, and he is the author of the great book and an international best seller, “A Brief History of Time”.

The beautiful thing I have just read today on twitter, that today is also the birthday of Einstein! and the $\pi$ day!

Some of his quotes:

“I have no idea. People who boast about their IQ are losers.”, said Stephen when asked about his IQ.

“People won’t have time for you if you are always angry or complaining.”

“I decided to write a book. I thought I might make a modest amount to help support my children at school and the rising costs of my care, but the main reason was because I enjoyed it. While I was writing it, I visited CERN and I became critically ill with pneumonia and lost my voice due to a tracheostomy. I never expected A Brief History of Time to do as well as it did.”

“Remember to look up at the stars and not down at your feet. Try to make sense of what you see, and wonder about what makes the universe exist. Be curious. And however difficult life may seem, there is always something you can do, and succeed at. It matters that you don’t just give up.”

“Life would be tragic if it weren’t funny”.

“Intelligence is the ability to adapt to change”. 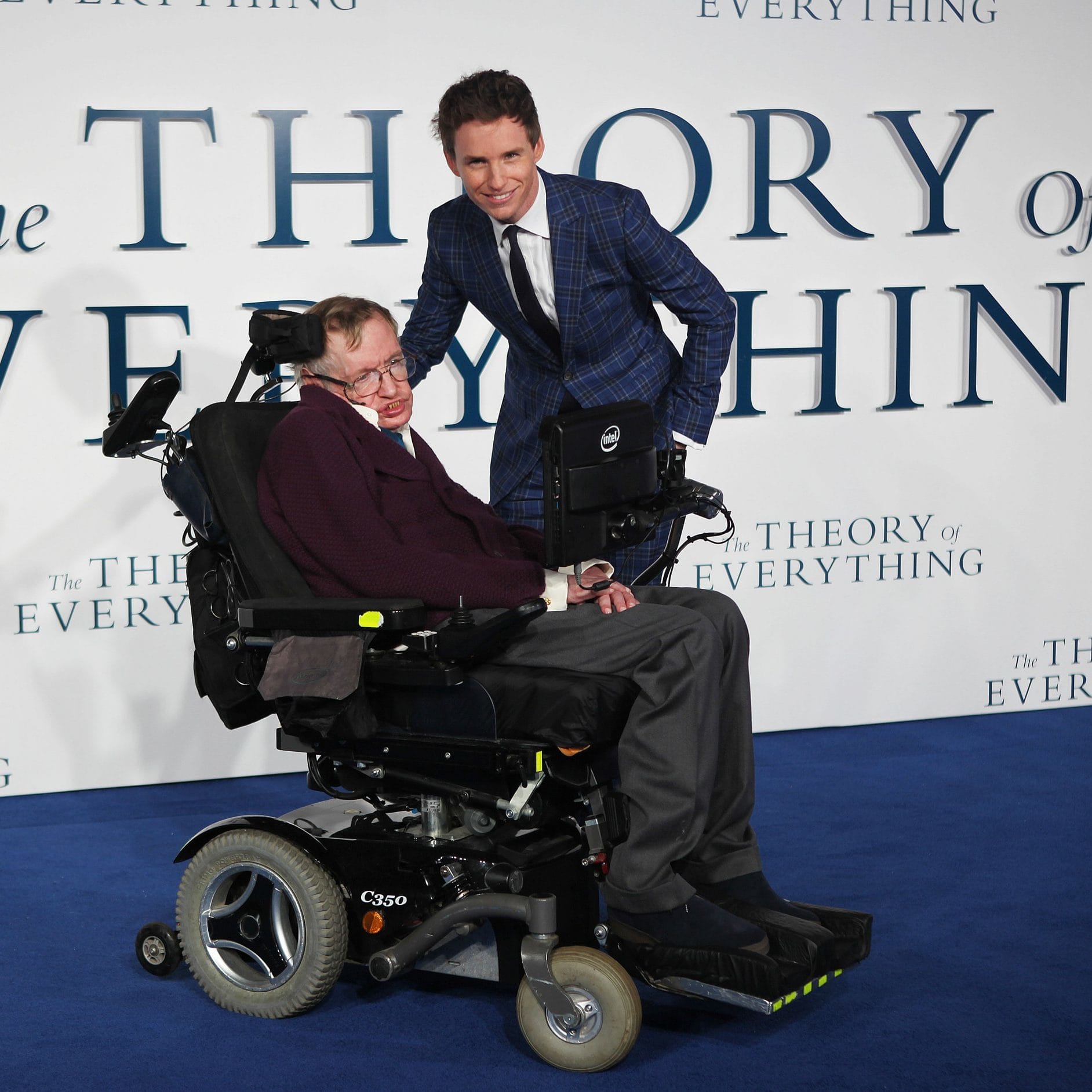 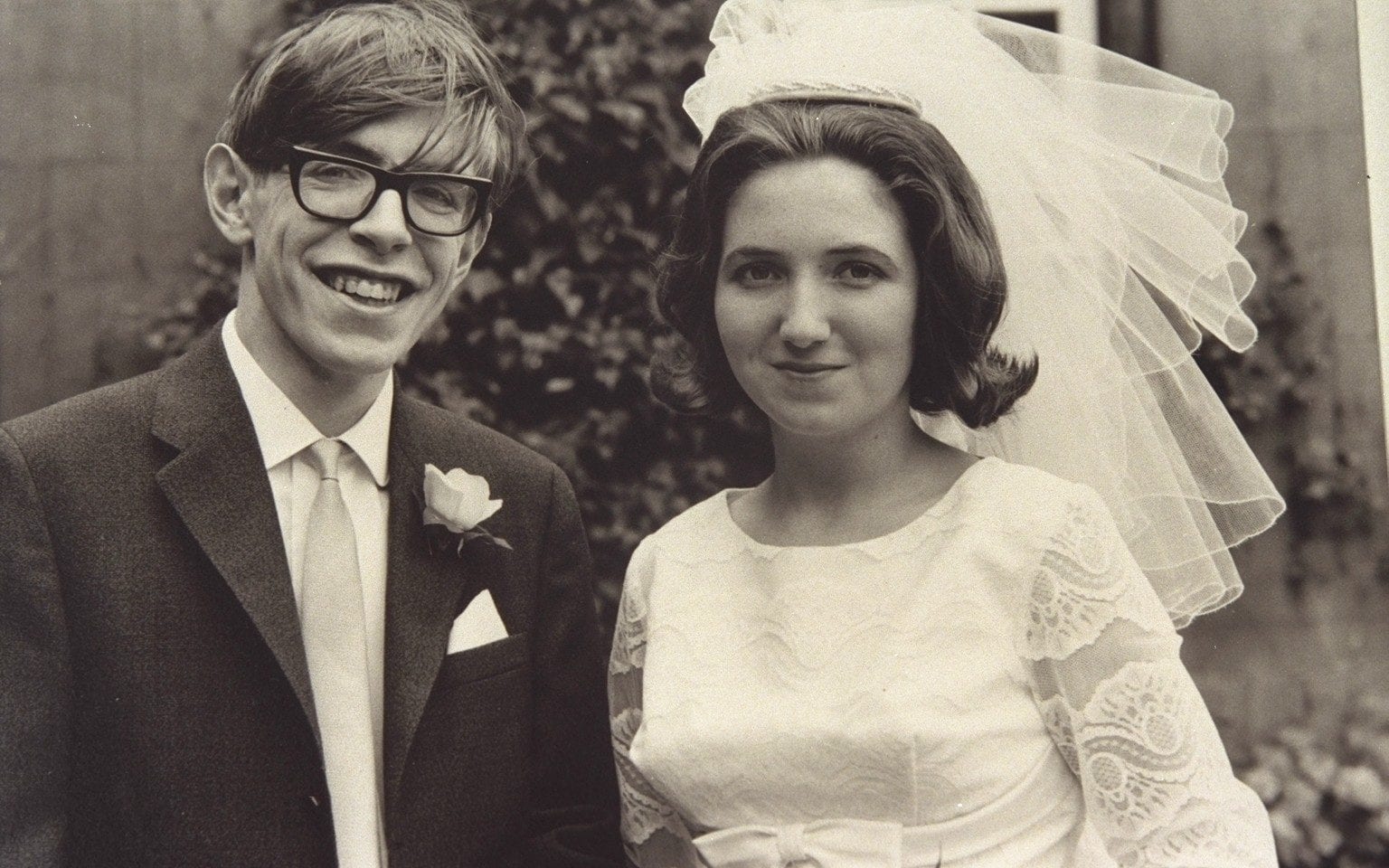 Meeting Nelson Mandela in Johannesburg in 2008 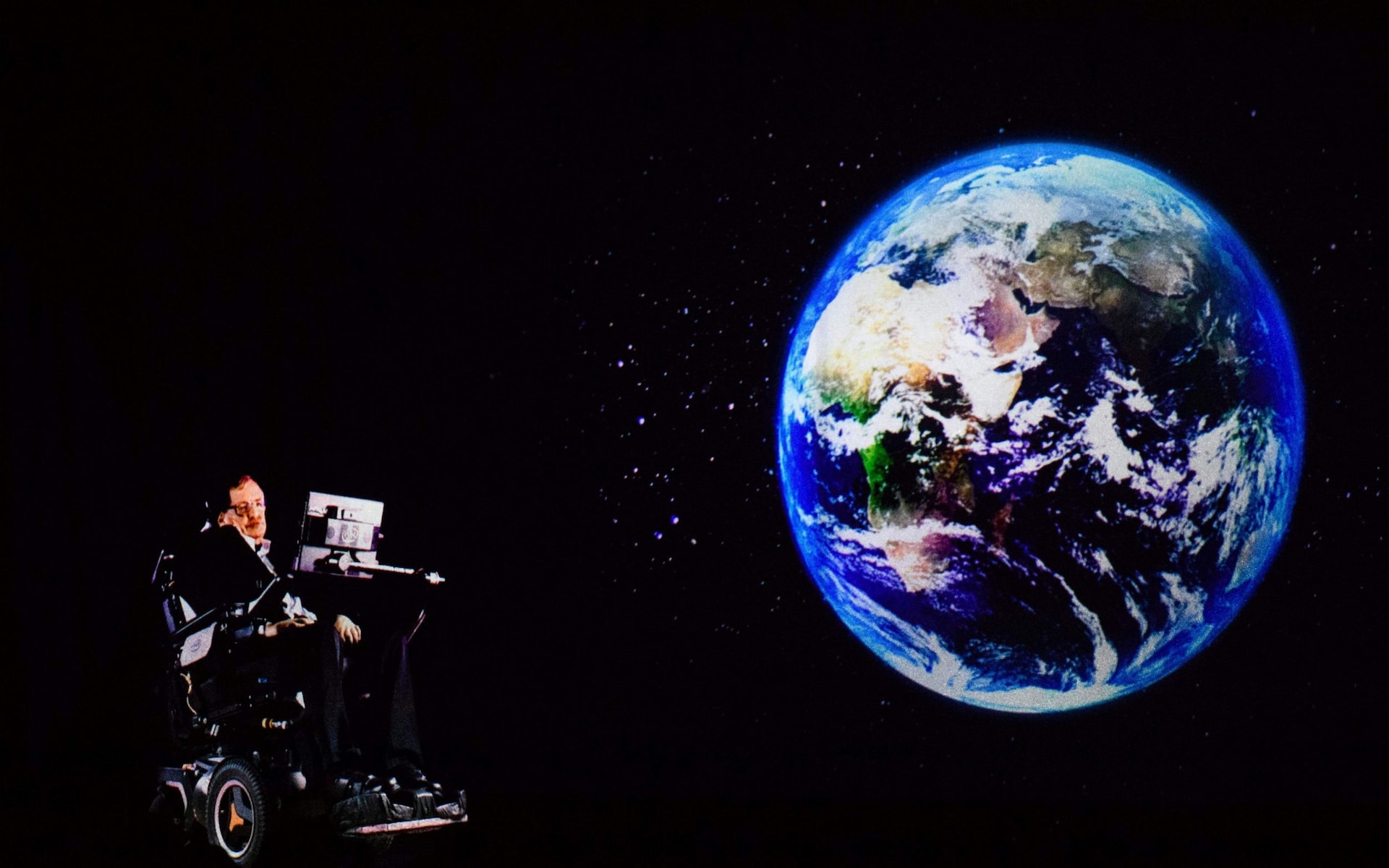 This photo is real not “Photoshoped”, he spoke to audience by hologram, in Hong Kong, beamed live from his office in Cambridge. 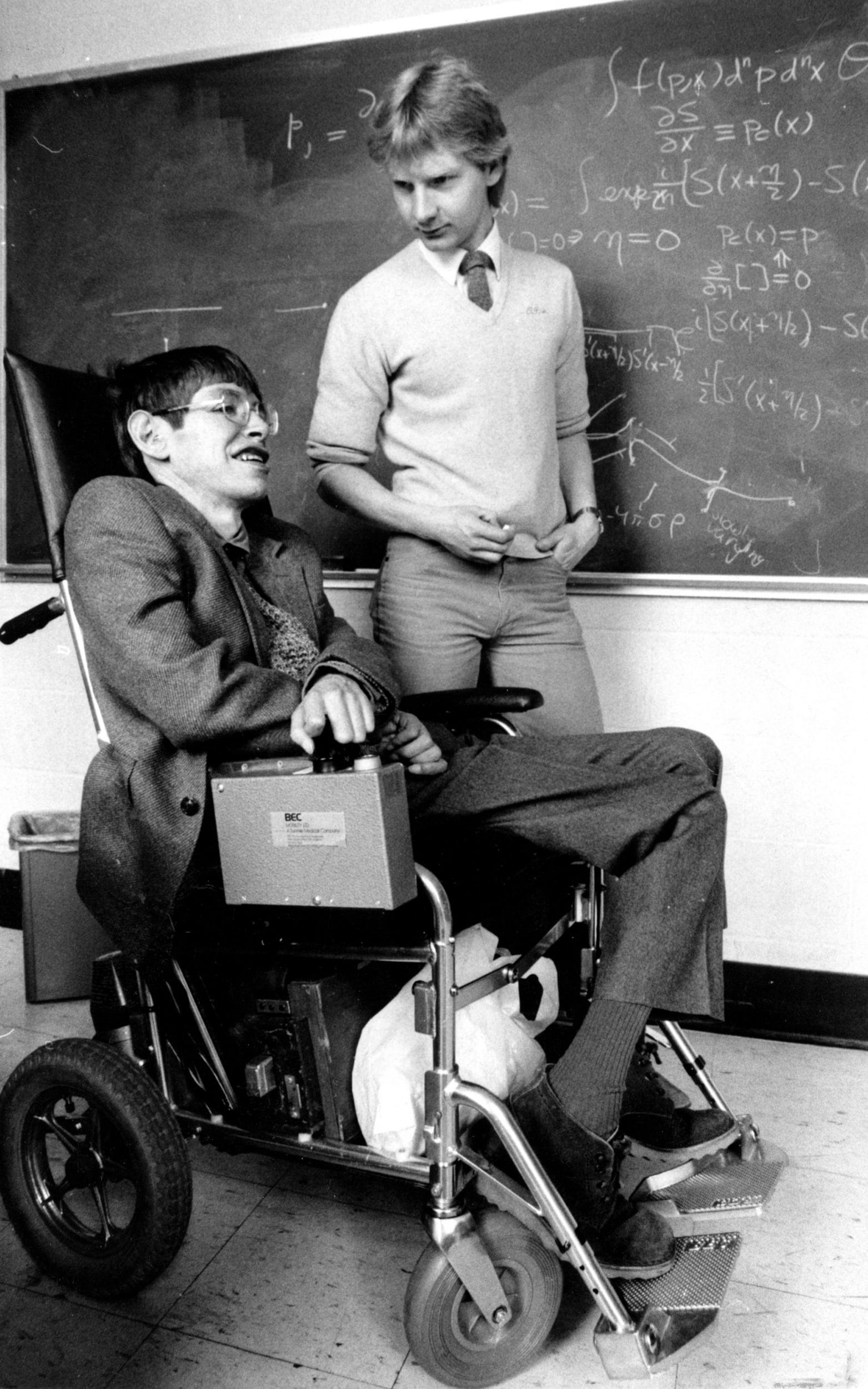 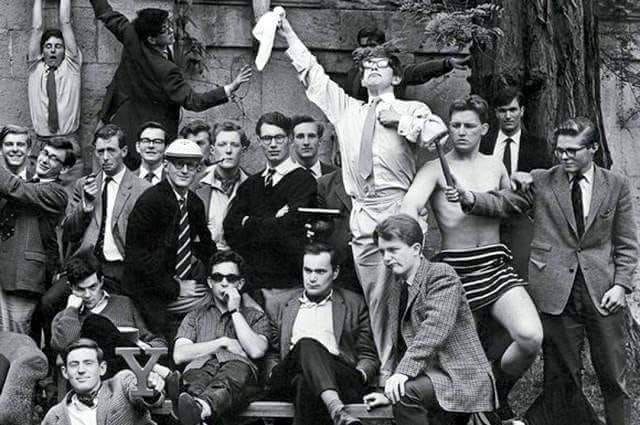 This is his picture in oxford university, he is the one hold a white tissue. 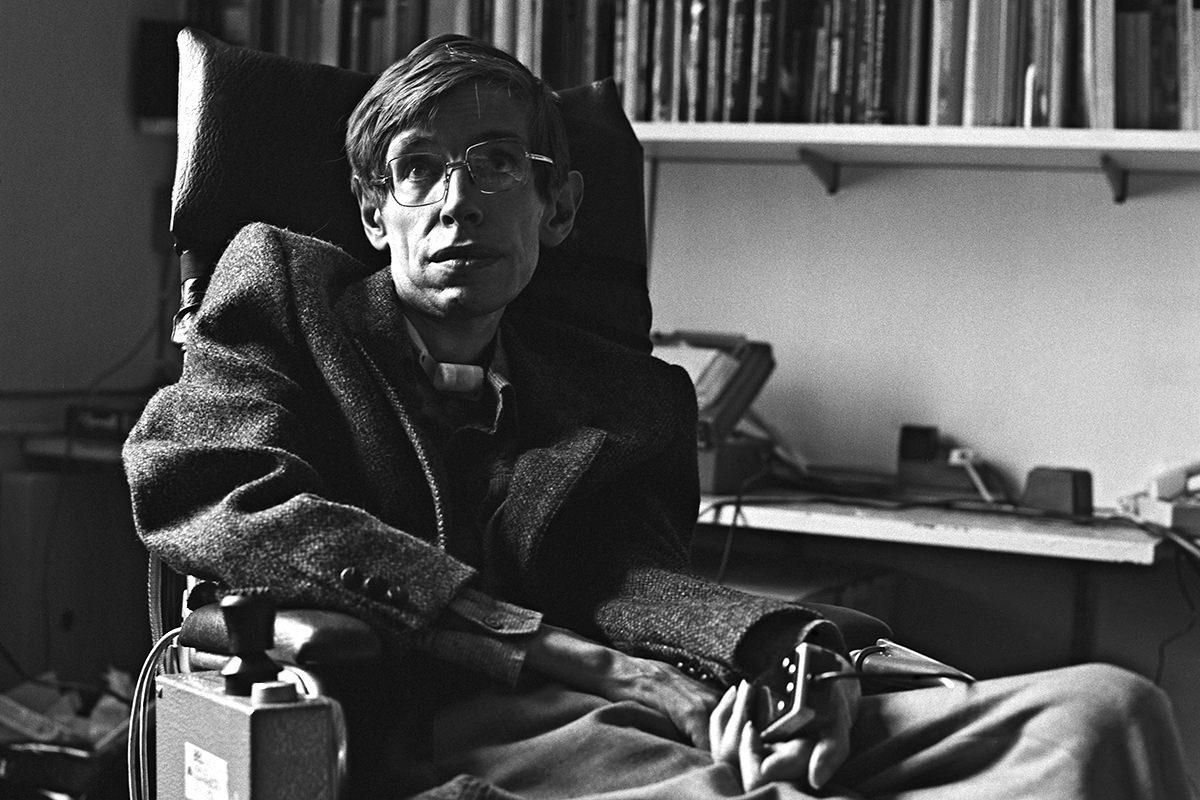